Who You Will Meet

Specifically selected from medium to large Enterprise by the Ertl-Yang team.
For more details on how to apply contact Ms. Dora Wu at dora@ertl-yang.com 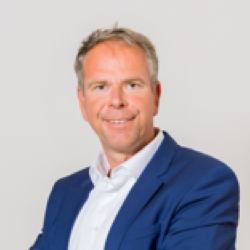 For more information regarding sponsorship opportunities and if your organization has been nominated to participate, please contact info@ertl-yang.com directly.

Exclusive location in the heart of vibrant Berlin!

Provide an unmatched opportunity for our community of global leaders to get inspired by their peers, share and learn from forward-looking and influential leaders and create new and lasting business partnerships.

Dirk Ramhorst, born in Bielefeld/Germany, has a degree in software engineering as well as in business administration and economics from the University of Kiel, Germany.

He worked for 20 years in different positions at BASF and Siemens. In 2013, he was named the first Chief Digital Officer (CDO) in the German DAX (top 30 public-listed companies). In September 2016, he joined WACKER as CDO and CIO, heading the IT department and driving the Digital Transformation.

In 2018 he was awarded by the CIO magazine as one of top CIOs in Germany.

Since November 2019 Dirk is the spokesperson of the platform ‘Arbeitswelt 4.0 / New Work’ on behalf of the Bavarian Government / Center for Digitalization (ZD.B). In addition Dirk is the Regatta Chairman of the Kieler Woche - the World largest Sailing Event - and the international representative of the German Sailing Federation.